The Time Has Come

New Episode Once A Month 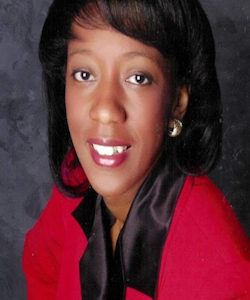 Gayle Medley Gilmore is a native of Portsmouth, VA. She is the daughter of the late Elder Thomas and Annie Medley. She is a 1977 honor graduate of Cradock High School.

She accepted the Lord Jesus Christ as her Savior on the campus of Virginia Commonwealth University in 1979. She is a 1981 graduate of V.C.U. with a Bachelor of Music Education Degree. She received her Master of Science in Education, Guidance and Counseling, from Old Dominion University in 1993. She has been employed as an elementary guidance counselor for Norfolk Public Schools and guidance director. She currently serves as a middle school guidance counselor for Chesapeake Public Schools. She has been married to Rev. James E. Gilmore Sr. for 36 years and they are the proud parents of Candy and James Jr. They reside in Chesapeake, VA. Gayle is now a retired guidance counselor with 23 years of service.

Gayle is an author and playwright. Her first book, It Can't Be Boring, focuses on programs that can help youth and those that work youth make their church programs more relative and exciting. Her play "The Last Laugh" has been enjoyed by many audiences at various churches and venues including the Chrysler Museum Theater. Gayle conducts workshops and has been the guest speaker at many churches and venues in Virginia and North Carolina.

Honors include Outstanding Young Woman of America, Teacher of the Year (St. Helena Elementary School), Outstanding Mentor and the Inspiration Award for Student Advocate (Norfolk Public Schools). She acknowledges that all her guidance and energy comes from the Lord.

Gayle heard the call of the Lord on her life and accepted the charge to preach and carry the gospel. On November 15, 1998, she was licensed as a Pastor and evangelist at First Baptist South Portsmouth and served as its first female associate Pastor. She was ordained November 2006.

Gayle was humble to be one the guest authors to hold a booksigning at the Christian Booksellers Association (CBA) Convention in Orlando, Florida in July 2003 for her second book, How Would Jesus Invest? Breaking the Poor Man's Mentality. She was in the Company of such authors as Bishop T.D. Jakes, Serita Jakes, Joyce Meyer and Hezekiah Walker. Gayle's third book, Only by the Grace of God: The Story of Sharon Dixon was released November 2004. Since the release of Only by the Grace of God, Sharon and Gayle have appeared on several local TV and radio talk shows.

Her testimony is "When I think of the goodness of Jesus, and all that He's done for me, my soul cries out "Hallelujah", thank God for saving me!